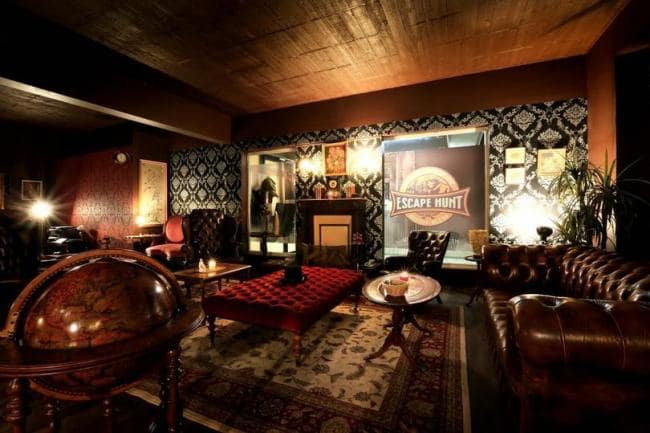 When an organisation goes through rapid growth, it is important that it can find partners that they can rely on to deliver on time what was promised. This is particularly the case if your business operates nationwide and is opening new locations on a regular basis.

Escape Hunt began life in 2013 when they opened their first branch in Bangkok. Inspired by great online computer games such as Myst and Crimson Room they set out to create something utterly different but equally compelling. The result is a truly immersive experience where Escape Hunters are transported to another era to solve a mind-twisting mystery created by Escape Hunt Studios – their global game design team.

Today they have branches everywhere from Buenos Aires to Birmingham and Melbourne to Miami, with more opening all the time. There are now escape rooms in every continent and they continue to grow, making them the global leader in the world of escape rooms.

In the UK, Escape Hunt set up in 2018 from their head office in central London. The Development director, Andrew Jacobs, had a previous relationship with Alfonica, so it was natural for him to approach us to setup the head office telecoms infrastructure.

Initially, we implemented a leased line, broadband line and installed a new hosted phone system. But this was only the first step, with a planned roll out of branches during 2018 and 2019 all needing telecoms infrastructure.

The first tranche of these was in June 2018 for Birmingham, Bristol and Leeds. Alfonica consultants dealt with the installation of broadband and setup a hosted phone system for each of these locations allowing no-cost phone calls between all the locations and head office.

Second Phase Of Locations in 2019

Commenting on the initial implementation, Craig James, Head of Operations at Escape Hunt said, “Alfonica provide us with exceptional customer service. We have never had an issue that has not been resolved within the hour. That is not something we can say for any other supplier!”

A second phase of locations were opened in early 2019 with Manchester, Reading, Edinburgh and Oxford added. For each of these Alfonica dealt with the broadband and hosted phone implementation as well.

Craig continued, “If there was ever a problem with our phone lines or internet, we would phone Alfonica and they would investigate or resolve it, even if it was outside of normal business hours.

Since then Liverpool has been added to the Escape Hunt location list.

With plans to add another 8 locations during 2020, Craig is relieved to have a telecoms supplier he can rely on. “Although we have now got opening new sites down to a fine art, there is still a lot of work and co-ordination with suppliers to go through for each location. If one of our suppliers misses a deadline or fails to deliver what they originally promised, it can have a knock-on effect on all the others and adversely impact the scheduled opening date.

“That is why it is important to us to find someone who has the ability to convert jargon into a language non-technical people can make sense of. Then we can completely understand what is happening with our telecoms and make sure that the initial installation and ongoing operation sits easily with all our other suppliers plans.

“Alfonica are excellent at doing this. Their clear and jargon-free project management capabilities means I can focus my time on other areas, knowing full well they will get on and deliver what was required, on time. What’s more, when everything is up-and-running, and we have a problem, we know that a quick phone call to them will get everything fixed quickly.

“I feel comfortable knowing that Alfonica are looking after our telecoms requirements as we continue to expand Escape Hunt in the UK.”

“If there was ever a problem with our phone lines or internet, we would phone Alfonica and they would investigate or resolve it, even if it was outside of normal business hours."