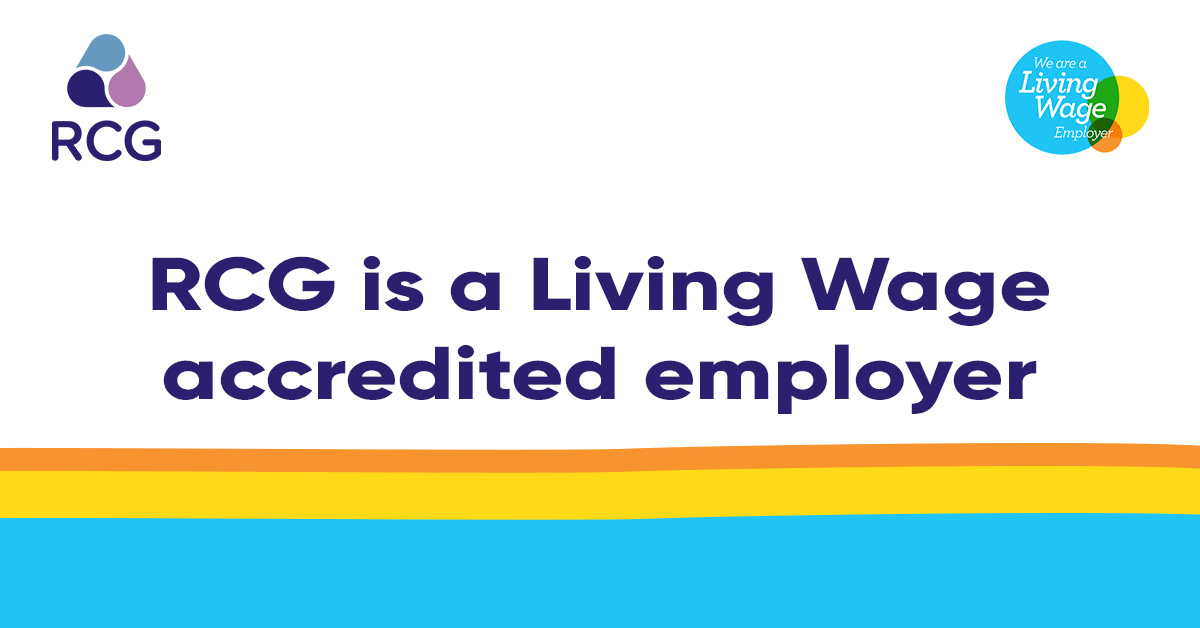 Our Living Wage commitment means that everyone working at RCG receives a minimum hourly wage of £9.50 in the UK or £10.85 in London. Both rates are significantly higher than the government minimum for over 25s, which currently stands at £8.72 per hour. With this commitment, we joined more than 7000 other companies who support their workers to earn what they need to live. Other members of the Living Wage accreditation scheme include Nestle, Burberry, Nationwide, Oxfam, IKEA and Aviva, to name but a few.

What is the real Living Wage?

The real Living Wage is the only rate calculated according to the costs of living. It provides a voluntary benchmark for employers that wish to ensure their staff earn a wage they can live on, not just the government minimum. Since 2011 the Living Wage movement has delivered a pay rise to over 250,000 people and put over £1.3 billion extra into the pockets of low paid workers.

In April 2016 the government introduced a higher minimum wage rate for all staff over 25 years of age. This is called the ‘National Living Wage’.

However, the government’s National Living Wage isn’t calculated according to what employees and their families need to live. Instead, it’s based on a target to reach 66% of median earnings by 2024. Under current forecasts this means a rise to £10.50 per hour by 2024. The government minimum considers what is affordable for businesses.

The real Living Wage rates are higher because they’re independently calculated based on what people need to get by – including things like the weekly shop, or a surprise trip to the dentist. That’s why we support the work of the Living Wage Foundation through our accreditation and ensure that our employees earn a wage that meets the costs of living, not just the government minimum.

If you’d like to find out more about the Living Wage Foundation, please visit https://www.livingwage.org.uk/