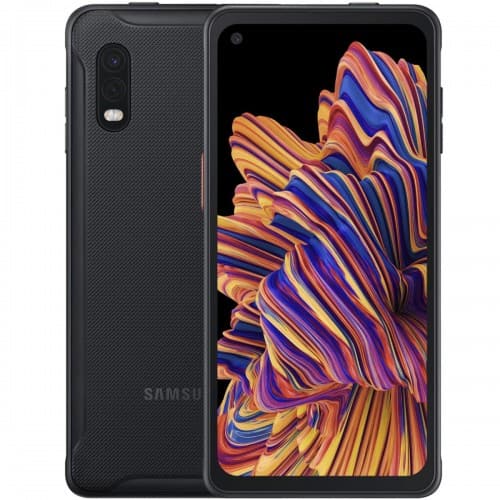 Released just before the flagship Galaxy S20 and the innovative Z flip, the not-so glamorous Xcover pro probably slipped under most people’s radar. That’s because this is not an exciting or technology-packed handset, but a proper smartphone designed for people who need a tough, no-nonsense phone for use a lot outside.

So, let’s start by looking at how tough it is. The Xcover Pro boasts both IP68 dust/water resistance and MIL-STD-810G compliance. This means that it can survive in a depth of 1.5m of water for 30 minutes, as well as a drop on concrete resistance of 1.2m, making it pretty robust and able to cope with most of what you can throw at it. This is not quite as resilient as the Nokia 800 Tough, but bear in mind this a big screen smartphone with all the features and apps that Android brings, not a 2.4” feature phone.

Moving onto the features of the Xcover, it has a 6.3” LCD Gorilla Glass 5 screen, with a 79.4% screen to body ratio, 409 PPI and 1080 resolution. It comes with a very robust case that protrudes slightly around the display to give it protection.

Inside it is not too shabby either, with Samsung’s own mid-range Exynos 9611 processor, 4GB of RAM and 64GB of expandable storage. It has a removable 4050 mAh battery supported by 15W fast charging. This means you can carry a spare, charged battery around with you to ensure you are never left without power.

It has a dual main camera array consisting of a 25MP f/1.8 wide main lens and an 8MP f/2.2 ultrawide secondary lens. These produce reasonable pictures that will keep most people happy. On the front of the phone is a pinhole selfie lens positioned at the top left. This is a 13MP unit that offers a choice between a closer and a farther perspective, which is achieved by digitally enhancing a section of the image.

Shipping with Android 10 and Samsung’s own One UI 2, the Xcover Pro also has a USB Type-C port, fast UFS 2.0 storage and a fingerprint sensor that is mounted on the side positioned Home key. Available only in black, the Xcover Pro will set you back around £470 at the time of writing (only a few weeks after the launch), so expect this to drop over time.

Offering a lot of features not normally found on this type of ruggedised device the Samsung Xcover Pro is well worth considering if you work outside and your phone takes a bit of a beating.